I love mice and rats. I think they make great first pets for children. I also know not everybody shares my adoration for these rodents. Indeed, many go out of the way to expunge them from their homes, employing various traps and poisons. One common type of rodenticide contains a toxic chemical called bromethalin. When ingested by dogs and cats, major complications and death are possible. Given bromethalin-containing rodenticides have become increasingly popular, I’ve dedicated some space to share information about this important intoxication. Happy reading! 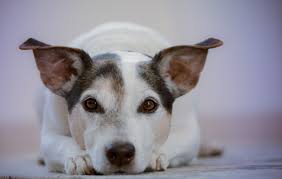 Bromethalin – What is it?

Bromethalin is a fat-soluble chemical that causes a process called uncoupled oxidative phosphorylation. Common products that contain bromethalin are: 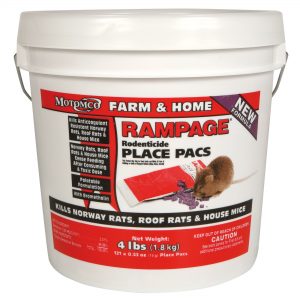 After absorption by the gastrointestinal tract, bromethalin is metabolized to a more potent chemical called desmethylbromethalin. It’s this metabolite that wreaks havoc on the body, particularly the nervous system and liver. Within the nervous system (including the brain), uncoupled oxidative phosphorylation prevents cells from making adequate energy (in the form of adenosine triphosphate or ATP). Without enough energy to power the various important chemical pumps (i.e.: sodium/potassium ATPase) in nervous tissue, brain cells swell (called cytotoxic and intramyelinic edema). Uncontrolled brain swelling ultimately leads to death. The reported lethal dose (LD50) is 4.7 mg/kg and 0.54-1.8 mg/kg for dogs and cats, respectively.

Intoxication can be categorized as either acute or chronic based on the amount of bromethalin ingested. Acute intoxication develops when pets ingest more than two times the LD50 dose. Clinical signs are typically seen within 8-12 hours, but may be observed within a couple of hours of ingestion. Common clinical signs include:

When dogs ingest a single LD50 dose or multiple doses below the lethal one, they develop chronic toxicosis. Clinical signs may show up within 12-24 hours, but they can manifest four to seven days post-ingestion. Clinical signs typically include lethargy, weakness in the pelvic limbs, vomiting, uneven pupil size, nystagmus, paralysis in the pelvic limbs, and abnormal mentation.

Bromethalin – How is intoxication diagnosed?

Diagnosis is made based on suspected or known ingestion of a bromethalin-containing product and consistent clinical signs. Pet parents may see colored dye in the feces of animals that have ingested toxic products. Screening blood and urine tests are recommended to look for evidence of other organ dysfunction. Measuring bromethalin is possible but is impractical clinically due to the long turn-around time for results. Although rarely performed, advanced imaging of the brain (i.e.: magnetic resonance imaging / MRI) would show changes consistent with brain swelling called cerebral edema.

Bromethalin – How is intoxication treated?

To date, there is no known antidote for bromethalin intoxication. Therefore, prompt identification and treatment are essential. If an intoxicated pet is presented within four hours of ingestion, veterinarians will induce vomiting. They will then administer multiple doses of a drug called activated charcoal that helps prevent absorption of bromethalin in the intestinal tract. As bromethalin is a fat-soluble substance, infusion of fat emulsion fluid called Intralipid™ can dramatically reduce toxicity. Medicines to control tremors and to reduce tissue swelling – particularly in the brain – may be indicated. 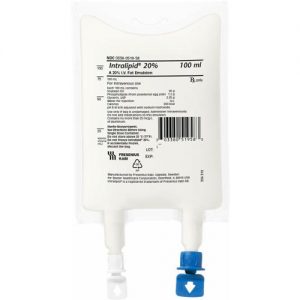 Intralipid can be infused intravenously to help reduce bromethalin toxicity

The take-away message about bromethalin intoxication in dogs & cats…

Bromethalin is not your typical rodenticide. It doesn’t cause uncontrolled bleeding, but rather causes uncoupled oxidative phosphorylation. The result is tissue swelling and dysfunction, particularly in the nervous system. With timely identification and treatment of intoxication, good outcomes are possible.