I love most things about Summer. Hot weather. Barbecues. Boating on the lake. Making memories with friends. Yet with the warmer season comes those nasty little pests known as ticks. These creepy critters can transmit to our canine companions a myriad of diseases, including the causative agent of Lyme disease. As Summer is rapidly approaching for those of us in the northern hemisphere, I wanted to devote time to making sure dog parents know about this important disease. Happy reading! 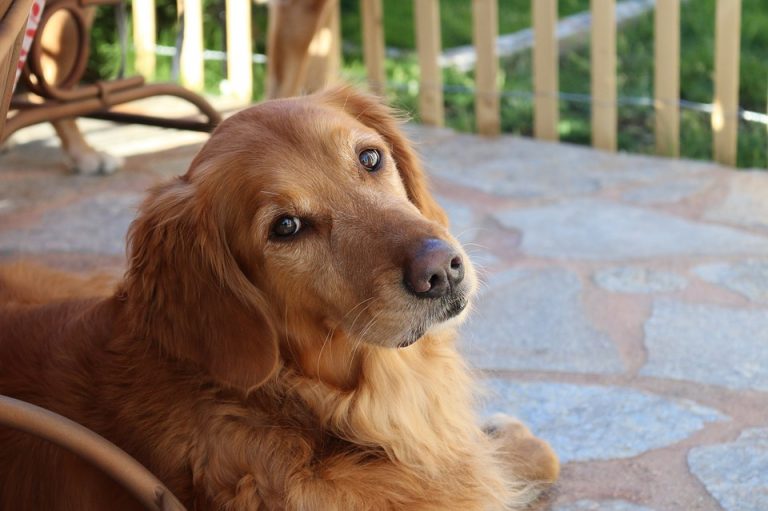 Lyme Disease – What causes it?

Several ticks in the United States can transmit Borrelia burgdorferi, the bacterium that causes Lyme disease. The medical name for this condition is borreliosis. 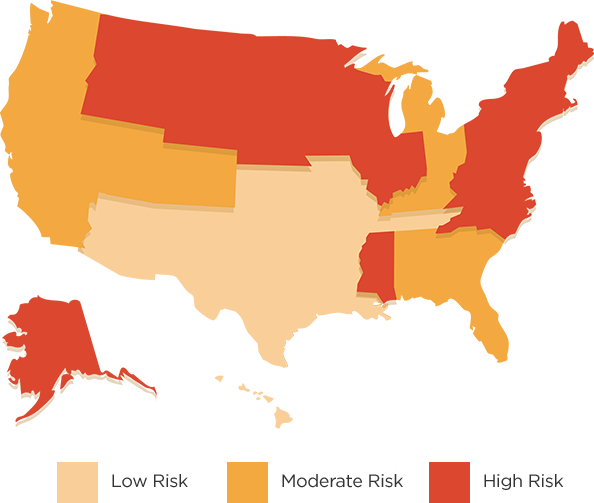 In the Northeast and Midwest, Ixodes scapularis is the culprit responsible for harboring the bacteria, while in the West, I. pacificus is the transmitter. The infection rate of Ixodes spp. in Northeastern states is 50-90%. The common name, Lyme disease (not Lymes, Lime, or Limes), stems from documenting infection in a cluster of children and adults in Lyme, Connecticut in 1975. In Southeastern states, a Lyme-like syndrome has been documented called Southern tick-associated rash/infection. This syndrome – called STARI or Master’s disease – is believed to be caused by B. lonestari or B. theileri and is transmitted by the tick, Amblyomma americanum. 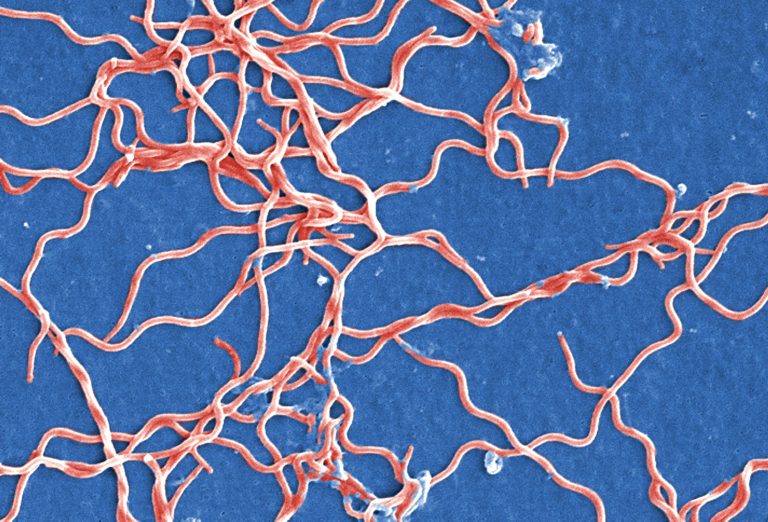 Tick larvae emerge in the Spring and subsequently feed on small mammals like the white-footed mouse (Peromyscus leucopus) in late Summer. The ticks then rest until the following Spring when they molt into nymphs that feed on larger mammals like dogs. The American Robin (Turdus migratorius) can be parasitized by larvae and nymphs, and is capable of dispersing ticks to new areas. By then end of the second Summer, nymphs molt into adults to feed on large mammals like deer (hence the term “deer tick”). Male ticks die off easily, and females lay eggs the following Spring. Infected nymphs and adults can transmit B. burgdorferi while feeding.

Borrelia burgdorferi lives in the mid-gut of Ixodes ticks. To pass from tick to dog, the tick must be attached to the host for approximately 48 hours. Peak transmission occurs after tick engorgement that happens more than 48 hours after attachment. Therefore, finding a non-engorged tick on a dog suggests a very low risk of infection.

Most cases of Lyme disease in dogs occur in the Northeast, upper Midwest, and the West coast. Only approximately 5% of patients exposed to B. burgdorferi develop clinical signs of disease. When bacteria are transmitted from tick to dog, they migrate through various layers of tissue to invade. Joints nearest the site of infection are affected most. Clinical signs include:

The immune system can form special complexes that are deposited in the kidneys, specifically in structures called glomeruli. Such deposition leads to rapidly fatal acute kidney injury or AKI. The bacteria are not found in the kidneys. Clinical signs of AKI include increased thirst, increased frequency of urination, vomiting, loss of appetite, tissue edema, and accumulation of abnormal fluid in the abdominal cavity. Shetland sheepdogs, Golden Retrievers, and Labrador Retrievers are over-represented for this form of the disease that is often called Lyme nephritis.

Lyme Disease – How does the immune system respond?

Borrelia burgdorferi can evade the immune system by changing special proteins called outer surface proteins or Osps. The bacteria express different Osps depending on where they are. Once inside Ixodes ticks, the bacteria express OspA, OspB, and OspD. OspC and OspF are expressed by the bacteria only when the ticks are in dogs’ connective tissue. By changing Osps, the bacteria can avoid immune destruction. In addition to using different Osps, B. burgdorferi can also change its shape and presentation to the immune system, effectively camouflaging itself in the body. 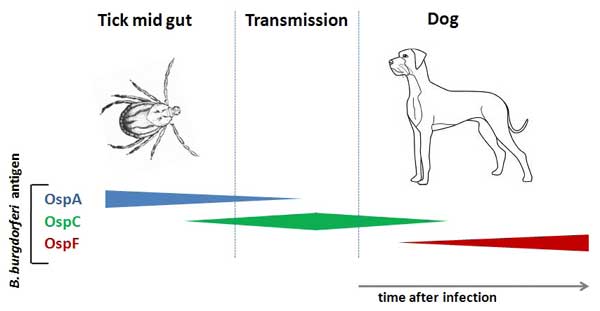 Illustration showing OspA is present in ticks while OspC and OspF are expressed in mammals. Image courtesy of Dr. B Wagner

Remember Borrelia burgdorferi only expresses OspC once inside a dog’s body. However, the bacteria stop expressing this protein after ten days and begin displaying another Osp called VIsE. Veterinarians can test for antibodies against a specific and constant section of VIsE called C6. Antibodies are special proteins made by the immune system that target specific structures (i.e.: Osps) on infectious organisms. They’re made in response to exposure, infection, and vaccination. Here’s the crux. Up to 90% of dogs in Lyme endemic areas have antibodies against B. burgdorferi but are not clinically ill. They have no clinical signs like lameness, pain, or fever. This is called aclinical seropositivity. Another way of thinking about this concept is antibodies mean a dog has been exposed or vaccinated, but not necessarily infected.

Lyme Disease – How is it diagnosed?

There is currently no test that provides the proverbial slam dunk for diagnosing borreliosis. Rather a diagnosis is made based on:

Growing the organism from the site of tick attachment, joint fluid, cerebrospinal fluid, and blood requires 2-4 weeks and has a very low sensitivity. Therefore, we’re limited to measuring antibodies to different Osps like OspC and C6. Antibodies against OspC are found only within the first ten days of exposure and infection because the bacteria quickly stop making OspC. After this time, they begin expressing different Osps, particularly VIsE and its constant C6 region. Finding C6 antibodies is consistent with infection because their presence means the bacteria have been biologically active for at least a week to produce measurable amounts of VIsE to stimulate an antibody response. C6 antibodies can be documented as early as 3-5 weeks post-infection. Although B. burgdorferi continually changes VIsE expression to evade the immune system, the C6 component remains constant. Therefore, patients with active infections have progressive elevations of their C6 antibodies. A dog’s body does not produce antibodies against C6 after vaccination.

Patients with documented antibodies to B. burgdorferi should be screened for abnormal levels of protein in their urine. This finding – called proteinuria – could signal the immune system has deposited damaging complexes in the kidneys’ glomeruli. Documentation of proteinuria is a negative factor, and intervention should be initiated immediately. Pet parents will likely find it invaluable to partner with a board-certified veterinary internal medicine specialist to ensure an accurate diagnosis has been made.

Lyme Disease – How is it treated?

The treatment of choice for Lyme disease is an antibiotic called doxycycline. For affected puppies, veterinarians may use amoxicillin because doxycycline can cause marked teeth staining. An injectable antibiotic called cefovecin may be used for patients unwilling to take medications by mouth, as it has been shown to be as effective as doxycycline and amoxicillin. There is no evidence antibiotic therapy is indicated or helpful in patients with evidence of exposure but without clinical signs. With appropriate response to antibiotic treatment, clinical signs like lameness, pain, and fever typically improve and resolve within 48 hours. As the bacteria are eliminated, they stop expressing VIsE. This means there is no stimulation for C6 antibody production, and C6 antibody concentrations decline. Appropriate treatment may eliminate clinical signs but may fail to eliminate all of the causative bacteria from the tissues of some dogs. 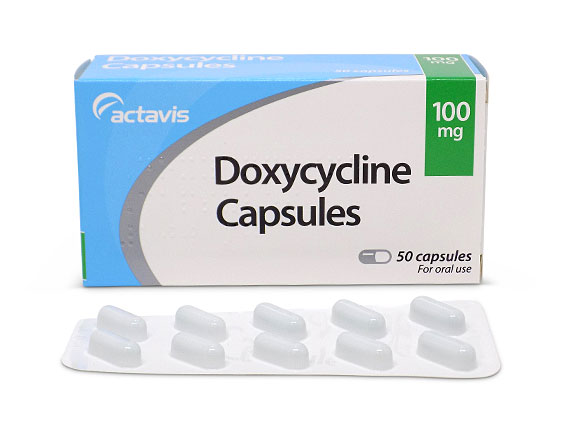 Doxycycline is the preferred antibiotic to treat Lyme disease in dogs

As patients with borreliosis have very painful joints, they deserve pain medications to ensure they are as comfortable as possible. Thankfully veterinarians have several options available to them to help affected dogs. Complimentary treatments like acupuncture, laser therapy, and rehabilitation may also be helpful therapeutic adjuncts.

There are some therapies available for patients with Lyme nephritis. In addition to treatment with doxycycline or amoxicillin, veterinarians will prescribe drugs to reduce the amount of excess protein in urine. These classes of drugs are called:

Medications to prevent abnormal blood clot formation may be helpful (e.g.: clopidogrel, ultra-low dose aspirin). Drugs to bring down blood pressure (e.g.: ACE-Is, amlodipine) and blood phosphorus levels (e.g. aluminum hydroxide) are often needed. There are also medications that may help reduce the degree of immune complex deposition in the kidneys by changing the way the immune system reacts. These drugs include steroids, mycophenolate mofetil, cyclophosphamide, azathioprine, and chlorambucil. Unfortunately, no treatment protocol has been proven to be consistently helpful. The prognosis for patients with Lyme nephritis is poor.

Lyme Disease – Can it be prevented?

Unquestionably the best method for preventing Lyme disease is aggressive, year-round tick control. There are many products available, and pet parents should speak with their family veterinarian to identify the best option for their fur babies. When possible, one should also avoid common tick habitats like wooded areas, overgrown lawns, and low-lying vegetation.

In the United States, there are several vaccines available to help protect against Lyme disease. They all work by stimulating the production of antibodies against OspA. Some also seem to stimulate the production of antibodies against OspC. Recall OspA is expressed by B. burgdorferi only when it’s in the mid-gut of ticks, and they express OspC once inside mammals, including dogs. Thus, ticks ingest the anti-OspA antibodies that subsequently kill the bacteria inside the tick. The anti-OspC antibodies attack the bacteria inside the dog. Patients who do not live in endemic areas should not be vaccinated. There is no evidence showing vaccinating seropositive dogs without clinical signs is indicated; indeed, this course of action may have consequences. For this reason, many recommend dogs be tested for exposure prior to receiving the vaccination. Vaccination may be appropriate for dogs living in a region where Lyme disease is prevalent. Dog parents should speak with their primary care doctors about the benefits, limitations, and potential risks of vaccination.

The take-away message about Lyme disease in dogs…

Borreliosis, more commonly known at Lyme disease, is the most prevalent tick-borne disease in the United States. Clinical signs commonly include pain, lameness, and fever. Occasionally, dogs develop life-threatening kidney disease. Early identification and subsequent treatment are essential. Effective therapies may not eliminate the bacteria from an infected dog’s body. Vaccination against Lyme disease may be appropriate for some dogs. Aggressive tick control in endemic regions is of paramount importance.