There is no doubt social media plays an indelible role in most of our lives. We post updates on Facebook for friends and family. We “snap” moments of our day for all to see on Snapchat. We capture photos to share on Instagram. We tweet for all the world to see. Perhaps most influentially, we document our opinions about businesses on sites like Yelp and Google. As a society, we’ve come to openly embrace the opinions of others when it comes to where we should do business, eat a meal, go on holiday, and even seek veterinary care. This obsession with social media has unquestionably affected veterinary medicine. I’m just not convinced it’s for the best. Here’s why!

How many times have you read an online review and decided to patronize a business (or not) based on the opinion of a random reviewer? I know I have. I’ve picked resorts based on TripAdvisor postings. I’ve selected date night restaurants after reading Yelp reviews. If I’m being honest, I haven’t always been happy with my choices. In those situations, I found myself asking, “Why did I trust the opinion of someone I don’t know?”

It also works the other way. Without first reading Google reviews, I’ve been to businesses whose teams provided me truly exceptional customer service. As a demonstration of appreciation, I wanted to share my positive experiences on various opinion sites. Inevitably when I would log-in to compose my opinion, I would find posts lambasting the same business for being horrible for this and that. How could our experiences be so different? Let us never forget the legendary quote of Protagoras, an ancient Greek contemporary of Socrates:

“There are two sides to every question.”

Since Protagoras was quoted in Laertius’s Lives of Eminent Philosophers, there have been many variations of this saying. Famed journalist Walter Cronkite said, “In seeking truth you have to get both sides of a story.” Noted author and yoga instructor Kathryn Budig stated, “There’s always two sides to the coin if you have the patience to see.” Regardless of the iteration with which you identify, the point is the same. Opinion is just that – opinion. It’s that person’s truth, but it’s not the whole truth. For some reason in today’s culture, perception has become reality. And that’s not fair to anybody, including your veterinarian. 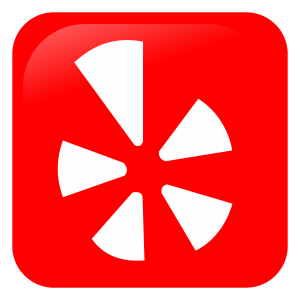 Sites like Yelp and Google provide consumer opinions that tell only one side of the story, and thus aren’t entirely accurate.

Did you know veterinarians sometimes make medical decisions simply to appease pet parents? I’m not saying a veterinarian purposefully elects to harm a patient. After all, veterinarians take an oath to use their “scientific knowledge and skills for the benefit of society through the protection of animal health and welfare…” More realistically, they actively choose to avoid conflict and save their business. Sometimes in a day of double-booked 15-minute consultations there’s just not enough time (or enough energy in one’s soul) to justify to every pet parent the evidence-based rationale behind our medical recommendations.

Here’s a common example of about what I’m speaking. A pet parent brings their recently adopted kitten to a family veterinarian for sneezing and a reduced appetite. The doctor obtains a thorough patient history and performs a complete physical examination. The patient has a mild fever and minimal clear discharge from the eyes and nose. Based on the patient’s history and physical abnormalities, the doctor knows this patient most likely has feline herpesvirus, the most common upper respiratory tract infection (URI) in cats. This disease is usually self-limiting, resolving within 1-2 weeks. Occasionally, an anti-viral medication (i.e.: famciclovir) may be helpful. An antibiotic is not indicated without evidence of a secondary bacterial infection like yellow/green/brown discharge from the nose and/or eyes. As there is no evidence of such in this kitten, the doctor doesn’t prescribe an antibiotic. But, the pet parent questions why no such drug is prescribed for her fur baby. She’s read online cats with URIs need an antibiotic. She’s adamant her cat receives an antibiotic and demands the drug. What’s the veterinarian to do? Does the doctor cave to this pet parent’s demand? Or does the doctor stand up for medical principles and not prescribe the antibiotic? One might think the answer is straightforward, but reality is not always black and white. Veterinary medicine often lives in the grey! 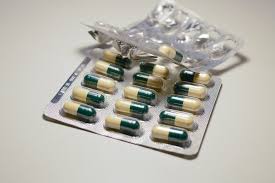 Here’s what typically happens in real life for the situation described above. The first time the veterinarian encounters such a demanding pet parent, they’re going to do their best to educate the owner about URIs in cats, to detail the expected course of the disease, to explain why an antibiotic will not be helpful initially, and to help them identify when an antibiotic may be needed. When the cat doesn’t get better within 24 hours, the owner calls back asking for the antibiotic again. The doctor spends more time re-explaining URIs to help the pet parent understand but still doesn’t prescribe an antibiotic because there’s no evidence of a secondary bacterial infection. The owner is furious! She goes online, posts a scathing Yelp or Google review, and brings her cat to another veterinary hospital. At that hospital, the new veterinarian examines her cat, also tells her the cat has a URI, and prescribes an antibiotic despite still no evidence of a secondary bacterial infection. The owner is happy. All is well with the world. Right? Wrong!

Why did the second veterinarian prescribe the antibiotic? Are they a bad veterinarian? No! I feel very comfortable saying veterinarians know viral URIs should not be treated with an antibiotic unless there is evidence of a secondary bacterial infection. But the second veterinarian has likely learned through their own experiences that it’s honestly not worth the fight. It’s not worth the potential damage to their business through a potential negative online review. After all, folks read online opinions and all-too-often take them as the Gospel truth. So, the second doctor caves to the demands of the pet parent. An antibiotic is prescribed inappropriately, raising the potential for antibiotic resistance in the future. Furthermore, when the first veterinarian is presented with a patient in a similar situation, they probably will cave too. Why? It’s not worth it. The epic Greek orator, Desmosthenes, said, “For he that fights and runs away may live to fight another day.” Practically speaking, if a veterinarian does everything to appease the demanding pet parent, then they’ll likely not be raked over the proverbial coals of social media and will be able to stay in business to help other patients. Is this the right tactic? I don’t think so. But the threat of negative social media reviews has made this very situation a reality today.

Let there be no doubt. Negative reviews destroy businesses, including veterinary hospitals. Now, maybe you’re thinking, “That’s what should happen if the business is bad.” But negative reviews destroy veterinarians too. They take their emotional toll. They harm doctors’ psyches. Instead of taking the preferred path of speaking candidly and openly with veterinarians, too many pet parents turn to online platforms to vent when they have a less than stellar experience Scarily, many times these opinion posts are tantamount to cyberbullying.

Here’s what I want every pet parent to know. Veterinarians care deeply. We want the best life for your pets. We care about them as if they’re our own family members. We’re typically introverted perfectionists who internalize everything. We try to insulate ourselves from negativism, choosing rather to focus on our patients whenever possible. But we’re imperfect, and we often have very thin skin. We try not to let negative reviews bother us, but they do. We deeply and sincerely regret whenever we don’t meet a pet parent’s expectations. We honestly never want that to happen. But it does, often through no fault of our own. Sadly, the emotional damage is too much sometimes.

The take-away message about social media and veterinary medicine…

The internet is a remarkable “place”, chalked full of information and opinions. The latter can be dangerous. American journalist Mike Barnicle once said,

“We live in a culture where everyone’s opinion, view, and assessment of situations and people spill across social media, a lot of it anonymously, much of it shaped by mindless meanness and ignorance.”

Indeed, a negative online review providing only one side of a proverbial situation typically achieves little to mollify one’s concerns with a veterinary visit. In fact, it often achieves the opposite effect, disenfranchising veterinarian from pet parent and potentially negatively affecting patient and veterinarian health.

Now, please don’t get me wrong. This post is not meant to be critical of pet parents, nor is it meant to discourage them from asking questions of their veterinarian. In fact, the goal is the opposite! I want families to know veterinarians want to work with them as a team to provide the best possible healthcare. I want to do whatever I can to diminish the cynacism that sadly exists regarding the intentions of veterinarians. I want owners to assume positive intent of us, as we veterinarians truly and deeply care about our patients and their families. Believe me, the irony of writing a blog post about negative online reviews that may rub some the wrong way and ultimately result in negative online comments is not lost on me. Nevertheless, I implore you. If you have a negative experience with a veterinarian, stay away from the likes of Yelp and Google. Rather, close your laptop and ring up the doctor. Request a time to speak one-on-one with them. I guarantee an open and candid conversation will be more fruitful for all. Better yet, if you have a good experience with a veterinarian, please let them know. Your kind words will truly mean the world!