Vaccination is an integral component of preventive healthcare. This week I share updated information about the vaccines recommended for our canine companions by the American Animal Hospital Association (AAHA), as I believe all dog parents should know this information. I sincerely hope this blog post doesn’t deteriorate into a debate on the efficacy and safety of vaccines. The scientific evidence behind the efficacy of vaccines is plentiful and sound. Vaccines are one of the safest and most-cost effective ways to prevent many common infectious diseases. Those keen to know how to best protect their dogs with vaccines will surely appreciate the information. Happy reading! 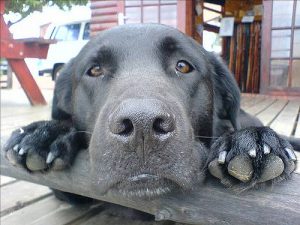 Pet parents need to know the difference between core vaccines and non-core ones. The former are vaccines recommended for all pets. They protect against diseases that infect dogs of all life stages and lifestyles. The diseases have high rates of infection, pose a threat to a pet’s life, and may even be a danger to human health. Vaccination results in relatively robust protection from disease. Non-core vaccines are optional ones. They should be considered given the exposure risk of a pet. These vaccines are generally less effective compared to core ones in terms of protecting against disease. 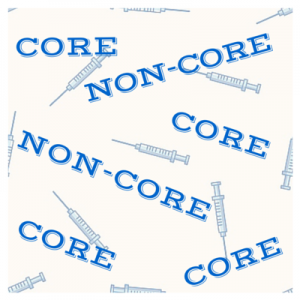 Truly understanding vaccine recommendations for dogs requires familiarity with some common terms used by veterinarians. These include:

Vaccines – Which ones are core?

Based on the 2017 guidelines established by the AAHA, there are two core vaccines for dogs:

Vaccines – Which ones are non-core?

The following vaccines are considered non-core for dogs. They should only be administered after consultation with one’s family veterinarian to make a clear determination they are in the best interest of one’s dogs:

The take-away message about vaccines in dogs….

Vaccines for our canine companions are vital to preventing many common and potentially deadly diseases. Those who appreciate science-based and evidence-based medicine will appreciate both the efficacy and safety of modern vaccines. Yet, it’s worth noting they are not risk-free. Rare adverse events, most notably allergic reactions, are possible and have been document. Dog parents are strongly encouraged to speak with their primary care veterinarians to develop the most effective and safe vaccination protocol for their fur babies.

Those interested in reading the complete AAHA Canine Vaccination Guidelines may find them here.