Bleeding disorders are not common in dogs and cats. Yet when they occur, they can be life-threatening. One inherited bleeding disorder is called von Willebrand disease (vWD). This week I review this important disease so I hope you find the information helpful. Happy reading! 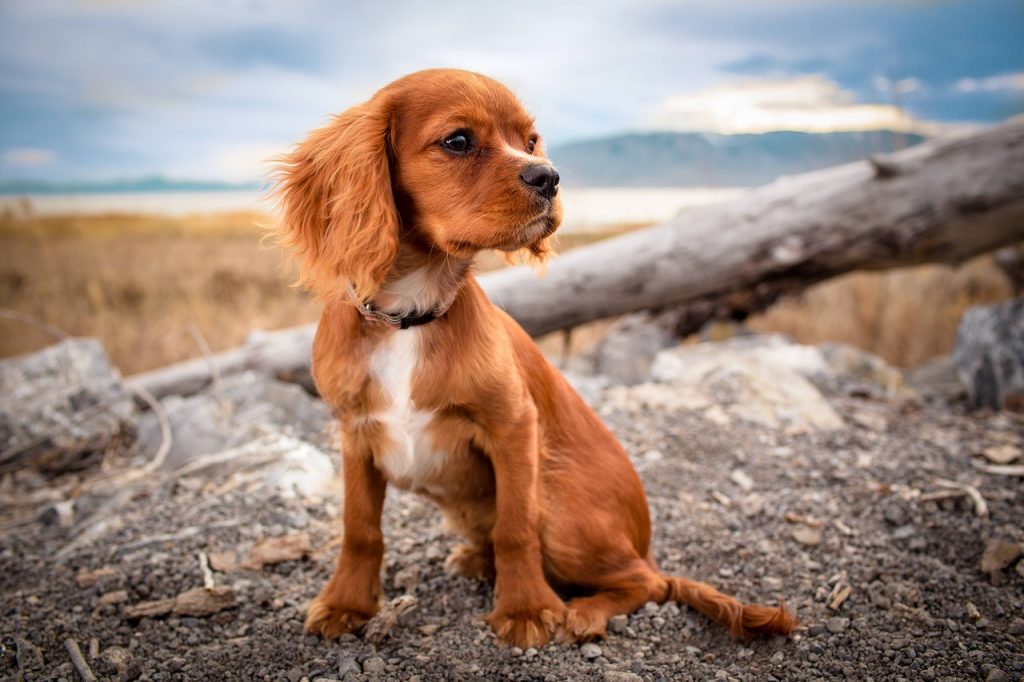 Von Willebrand Disease – What is it?

When an organ like the skin is cut, it bleeds. The body has systems in place to try and stop the bleeding. Platelets are cells the help form an initial blood clot. Circulating in the blood, platelets are recruited to the site of injury. There they adhere to collagen from damaged cells. A special protein called von Willebrand factor (vWF) facilitates the link between platelets and collagen. Von Willebrand factor comes from the damaged cells, as well as from platelets themselves. See the video below for an excellent animation of blood clot formation.

There are three forms of von Willebrand disease (Type I, Type 2, and Type 3, respectively). These variants are defined by the quantify and structure of vWF in affected animals. When there isn’t enough vWF and/or when the vWF has an abnormal structure, clinical signs of disease develop.

As I mentioned above, there are three types of von Willebrand disease:

For each type, certain breeds are affected: 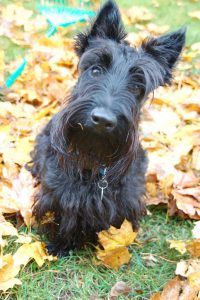 Scottish Terriers may be affected by Type 3 vWD. Photo by Cheryl Brand

Research has shown Doberman pinschers are the most commonly affected dog breed. As they tend to have Type 1 disease, their clinical signs are often quite mild. Those with Type 3 disease often develop life-threatening bleeding tendencies. 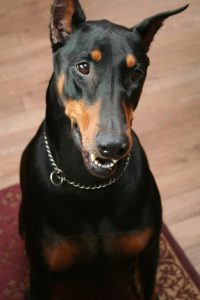 Doberman Pinschers are most commonly affected by Type 1 vWD. Photo by Andrew Kraker

Clinical signs observed in patients with von Willebrand disease are quite variable. Some dogs have no abnormal bleeding tendencies while others may spontaneously bleed. When it occurs, spontaneous bleeding may often be seen:

Von Willebrand Disease – How is it diagnosed?

In breeds known to be at risk for developing von Willebrand disease, a veterinarian can perform simple screening blood tests in a clinic setting. These tests are called a buccal mucosal bleeding time (BMBT) and platelet function analysis. The BMBT is unquestionably the most screening test for vWD. To perform this test, a special device makes a very small and superficial cut in a patient’s lip. The cut subsequently bleeds. One then measures the time it takes for the bleeding to stop. A prolonged bleeding time raises concern for vWD.

For patients with prolonged BMBTs, a veterinarian can submit a blood sample to quantify the amount of vWF. This test is called a von Willebrand factor antigen assay (vWF:Ag), and simply measures the concentration of vWF in a blood sample. Pets with vWF:Ag levels less than 50% are at risk for both transmitting an abnormal von Willebrand gene to offspring and developing clinical sings. Dogs with vWF:Ag below 15% are most severely affected with Type 3 patients have values less than 1%.

The doctor may also recommend submitted a blood sample for genetic testing. This type of analysis can tell one the type of vWD with which a patient is living. Type 1 vWD is the most common.

Von Willebrand Disease – How is it treated?

To date, von Willebrand disease can’t be cured. It can only be managed. The goals of treatment are to:

To treat vWD, one must either replace von Willebrand factor and/or induce the release of more it. There is no drug or supplement that currently increases the production of vWF. Affected patients may be given an intravenous infusion a special fluid called cryoprecipitate or fresh frozen plasma, both of which contain vWF. Prior to a necessary surgical procedure, a veterinarian may administer a medication called desmopressin (also called DDAVP). This drug can stimulate the release of vWF from structures called Weibel-Palade bodies found inside cells that line blood vessels (call endothelial cells). Desmopressin also strengthens the bond between platelets and collagen on injured cells. Unfortunately, desmopressin doesn’t work for every affected pet. Long-term use of DDAVP is not currently recommended.

An under-appreciated component of therapy of vWD is avoidance of drugs that may impair proper blood clotting. Medications that should be avoided in patients with von Wllebrand disease include:

Interestingly, bleeding events in human patients with vWD may be induced by emotional stress. Whether a similar association exists in dogs and cats is not known. Nevertheless, pet parents are encouraged to minimize stress in their pet’s lives, and to be vigilant in their monitoring for bruises during and after stressful events.

Von Willebrand disease is an inherited bleeding disorder that affects dogs and rarely cats. Affected pets may spontaneously bleed depending on the structure and concentration of a special protein called von Willebrand factor. Treatment includes replacing this protein, increasing its release from endothelial cells, and minimizing stress as much as possible.