Gastric dilatation-volvulus or GDV is a life threatening and rapidly progressive condition in dogs. Other common terms for GDV include:

If not recognized and treated appropriately and immediately, affected dogs can painfully die. In this week’s blog post, I review the causes, clinical signs, and treatment of GDV in dogs.

GDV – What causes it?

The hallmark feature of GDV is distention of the stomach with gas and/or food (dilatation) followed by twisting along its long axis (volvulus). Ultimately the gas and food can’t escape from the stomach and the pressure inside the stomach dramatically increases. 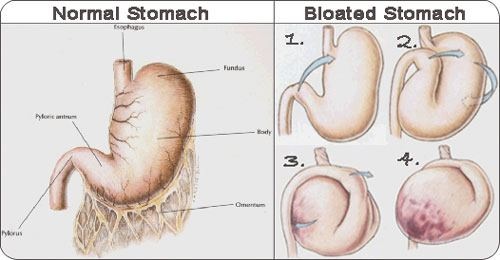 When the stomach is distended with gas and food to the point that it rotates on itself, there are numerous consequences, including:

Gastric dilatation-volvulus can happen in any breed of dog. However several breeds are over-represented, particularly: 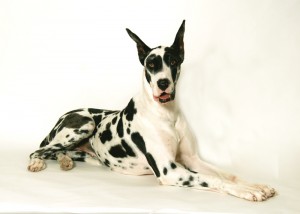 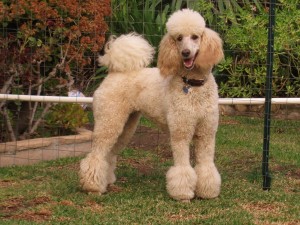 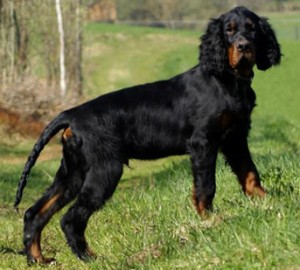 Unfortunately to date the definitive cause of GDV is not known. Multiple studies have attempted to identify risk factors for developing this potentially lethal condition. Based on these investigations, the following seem to consistently increase the risk of GDV:

Other studies have identified some other potential risk factors, including:

GDV – What are the clinical signs?

Immediate recognition of GDV is imperative for maximizing a positive outcome for an affected pet. Classic clinical signs that should raise concern for GDV are: 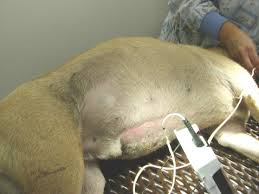 Abdominal distension in a dog with GDV 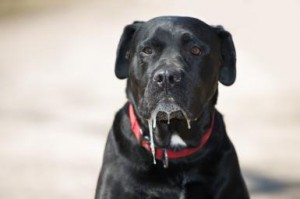 Dogs with GDV rapidly develop shock, a condition in which the body’s tissues don’t get the oxygen supply they require to function properly. Without appropriate intervention, major organs (i.e.: liver, kidneys, heart) can begin to fail!

GDV – How is it diagnosed?

The diagnosis of gastric dilation-volvulus in dogs is relatively straightforward. Families bring to the hospital affected dogs with compatible clinical signs like abdominal distention, unproductive retching and excessive drooling. The veterinarian’s physical examination may identify changes in a pet’s breathing pattern, blood pressure, and/or heart rhythm. Non-invasive blood and urine tests are performed to screen for concurrent metabolic disturbances. Ultimately radiographs (x-rays) of the abdomen are needed to confirm a diagnosis of GDV. 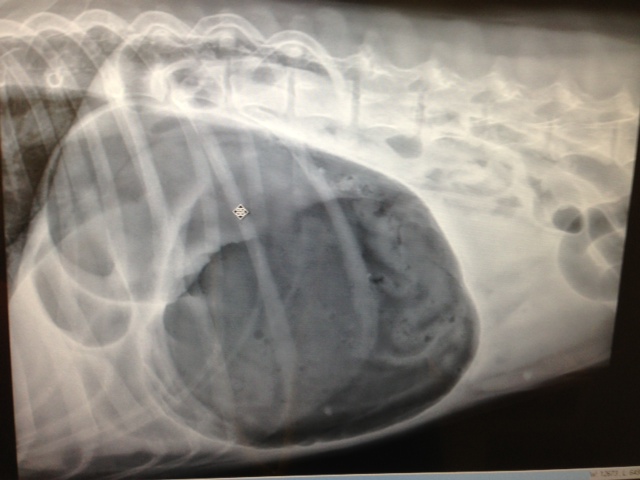 The classic radiographic appearance of gastric dilatation-volvulus when a dog is lying on its right side is often called a “Smurf’s head”, “Popeye’s arm” or a “double bubble.” 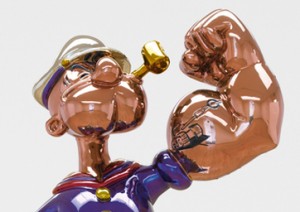 GDV – How is it treated?

As soon as an affected dog is determined to be stable for anesthesia, surgery to de-rotate the stomach and place it back in its proper position is performed. A surgeon will also fully evaluate for damage the stomach wall and all other organs in the abdominal cavity, particularly the spleen. Ultimately to help ensure the stomach doesn’t rotate again, a procedure called a gastropexy is needed to permanently affix it to the abdominal wall. 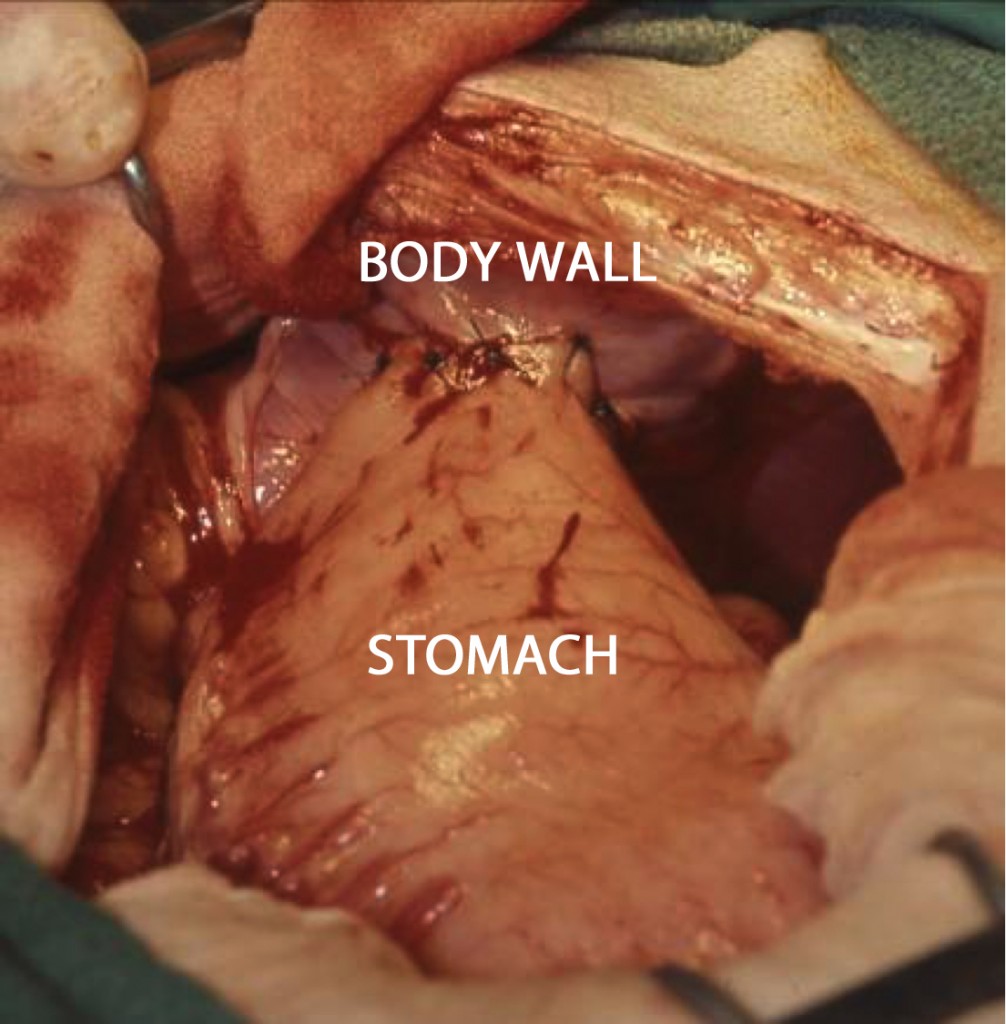 Gastric dilatation-volvulus has a reported mortality rate of approximately 15%. Based on numerous scientific investigations, mortality  rates increase with the following:

Many primary care doctors feel comfortable performing the necessary surgery to correct this condition. However because of the often-needed post-operative intensive care, some may recommend immediate referral to a veterinary specialty hospital where a team of board-certified veterinary surgeons and/or emergency/critical care specialists can attend to an affected pet.

The take-away message about GDV…

Gastric dilatation-volvulus is a potentially fatal condition of the stomach in dogs. Affected patients are profoundly uncomfortable, and often manifest clinical signs including distention of the abdomen, unproductive retching, drooling and anxiety. Immediate recognition of this problem, as well as expedient stabilization and surgical intervention are absolutely necessary to maximize the likelihood of a positive outcome.

I encourage you to watch a video about GDV by one my colleagues, Dr. Elizabeth Rozanski, another board-certified veterinary emergency/critical care and internal medicine specialist. To watch this informative presentation, please click here.