Those who regularly read my blog (I hope that’s most of you!) know how much I love eyes. Those colorful globes are simply a site to behold! Although cliché, I believe eyes truly are the windows to the soul. This week I wanted to share information about a unique eye condition that can occur in dogs and cats – Horner’s Syndrome. I hope you enjoy it and find the content shareworthy. Happy reading! 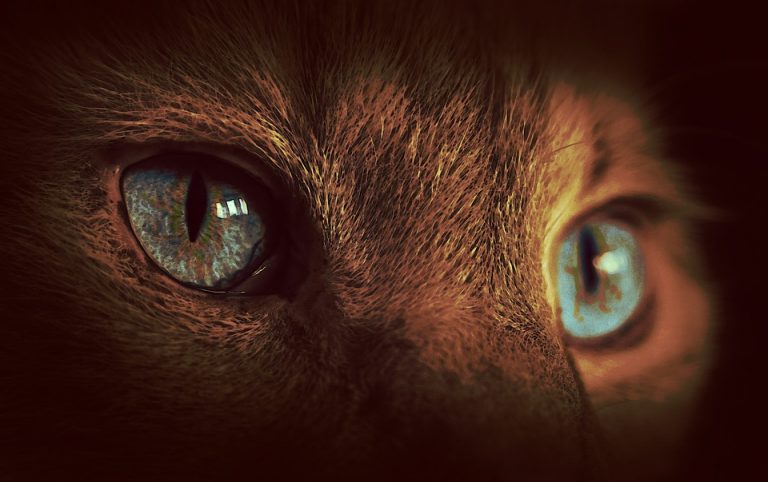 Horner’s Syndrome – What is it?

When the sympathetic nerves to the eyes aren’t functioning properly, the above-listed anatomic functions don’t happen. We will review these changes in more detail in just a little bit.

We often are unable determine the cause of Horner’s syndrome in dogs or cats. Indeed, the reason is not identifiable in ~50% of all patients. Thus, we use the term idiopathic to describe Horner’s Syndrome in these patients. As you may know, idiopathic is simply the medical way of saying, “We don’t know.”

To call a disease process idiopathic, one must first rule out any other potential identifiable cause, including: 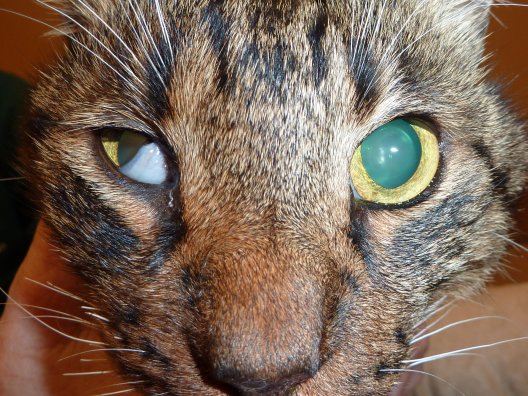 A cat with Horner’s Syndrome of the right eye. Note the elevated nictitans, incompletely open upper eyelid, and sunken appearance of the globe in the eye socket. Image courtesy of TorontoVet.

Other potential signs affiliated with Horner’s Syndrome are dilation of the skin blood vessels and subsequently pink appearance to the skin of the ears. Mild nasal congestion may also be noted, but these signs are often difficult to detect.

Horner’s Syndrome – How is it diagnosed?

Diagnosing Horner’s Syndrome is relatively straightforward. Observed a constricted pupil, incompletely raised upper eyelid, sunken eye, and elevated 3rd eyelid is diagnostic. Once diagnosed, the veterinarian should begin a logical approach to trying to identify an underlying cause. After performing a complete physical examination, the veterinarian will recommend performing some specific tests:

Sympathetic nerves to the eye are relatively long, and are composed of three neurons. A neuron is simply a nerve cell that transmits nerve impulses. The first neuron starts in the hypothalamus in the brain and ends in the first part of the thoracic spinal cord. The second neuron starts in this location, follows a unique pathway out of the spinal cord into the sympathetic trunk and ends in an area called the cranial cervical ganglion. As the second and third neurons meet at the cranial cervical ganglion, non-invasive pharmacologic testing can be performed to determine where along the course of the nerve is the lesion. Lesions involving the second neuron are termed preganglionic and those affecting the third neuron are described as postglanglionic. 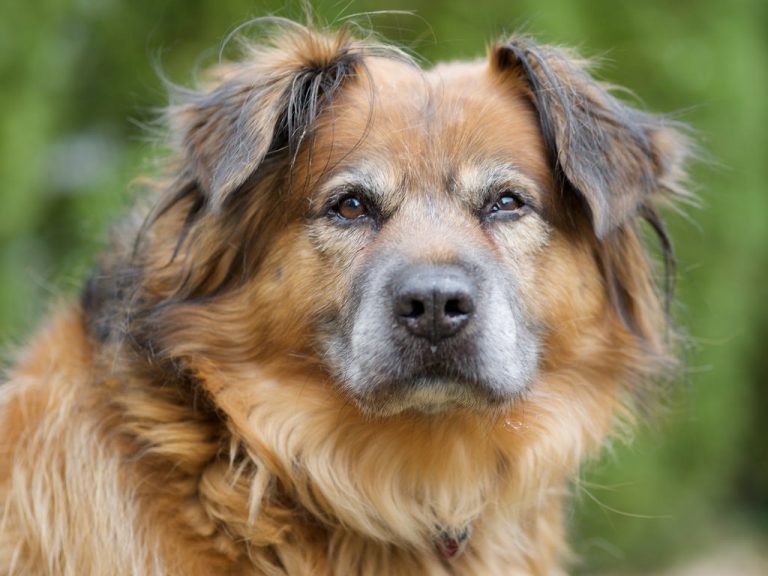 Left-sided Horner’s Syndrome in a dog. Note the incomplete raising of the upper eyelid and mild elevation of the nictitans.

Horner’s Syndrome – How it is treated?

There is no specific treatment for idiopathic Horner’s Syndrome. Efforts should be made to determine any possible underlying cause, and then treat any identified disease accordingly. Preganglionic lesions have a less favorable prognosis than postganglionic ones. Approximately 50% of those with idiopathic disease improve or resolve within 6-8 weeks. Thankfully, Horner’s Syndrome is not painful, and patients are not away of the noted eye changes.

Horner’s Syndrome is an ophthalmic syndrome in dogs and cats characterized by specific eye changes. Diagnosis is relatively straightforward, but determining the underlying cause is often unrewarding. Nevertheless, a thorough diagnostic investigation is needed to ensure there is identifiable cause. There is no specific therapy for Horner’s Syndrome, and this condition does not cause discomfort in affected pets.

Join Our Community – Get Weekly Blog Updates Via Email

Your Go-To Source for Pet Health Info on the Internet

Learn how board-certified veterinary specialists can help your pet today!

Subscribe to CriticalCareDVM.com TODAY Because Pets Can Have Specialists Too!